American River has a challenge when it comes to attracting visitors.   It's not on a main road to anywhere so our visitors need to travel 9Km from the main Penneshaw to Kingscote road without really knowing what they're going to see.

For many years, there was an old fishing boat at the junction of Hog Bay (Penneshaw - Kingscote) and American River Roads.  The idea was that visitors would be curious and feel a visit to American River may be worthwhile.  Sadly, time took its toll on the boat which rotted and became home to a bees' nest.

Suggestions for a replacement were entertained by the American River Progress Association (ARPA).   These were many and varied and in the end, two were adopted.

One relied on a supply of timber.  ARPA applied to KI Council for, and was granted, some old wharf timbers which had become surplus to requirements.   With these and some old poles for the masts, a rough effigy of Independence was constructed.   This is now there for all to see and there is also a plaque explaining about Independence and inviting visitors to come to the RIG Boathouse in American River.   ARPA won KI Council's "Project of the Year' award!

The other suggestion adopted relied mainly on funds.  This was a large signboard which would include a picture of the American River harbour as well as some advertising.   This was done thanks to ARPA fund raising and a grant from the Foundation for Rural and Regional Renewal.   Income from the advertising should ensure that the central picture can be replaced when the current fades. 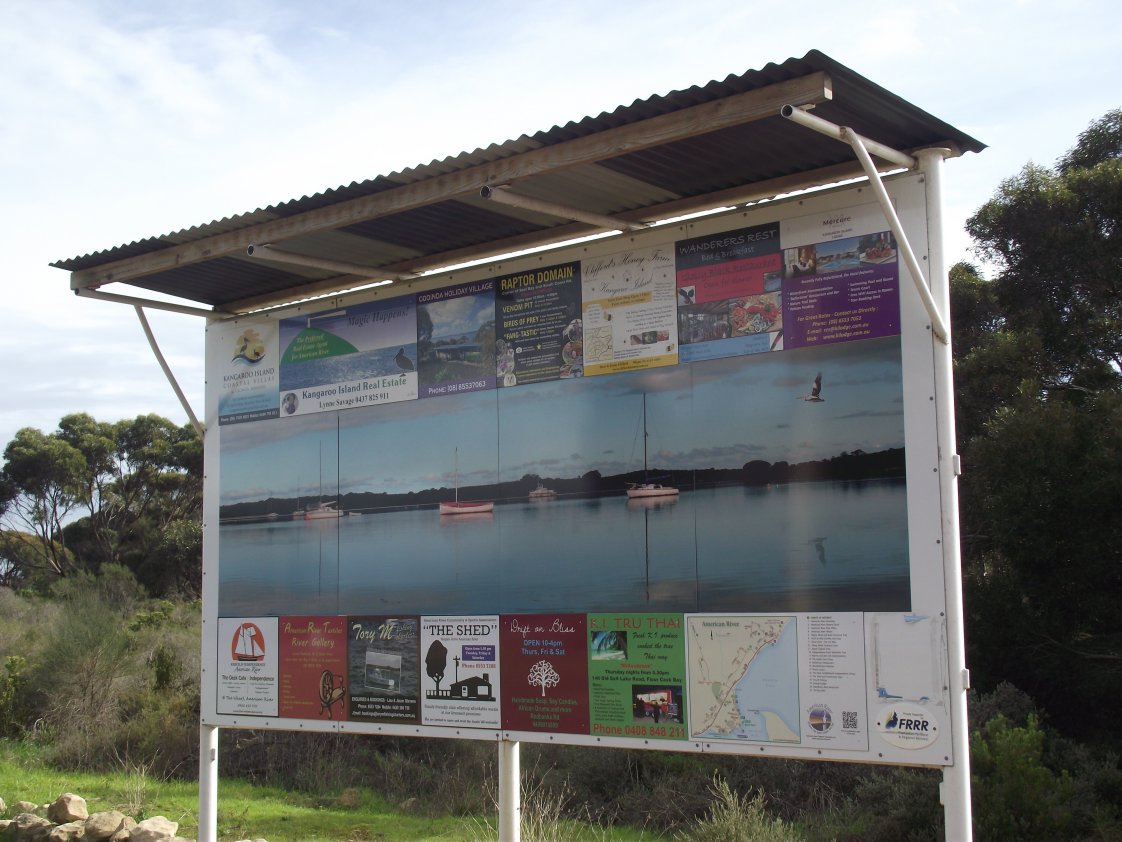 A view of the harbour at American River plus advertising mainly by local enterprises to give an idea of what is available in the town.